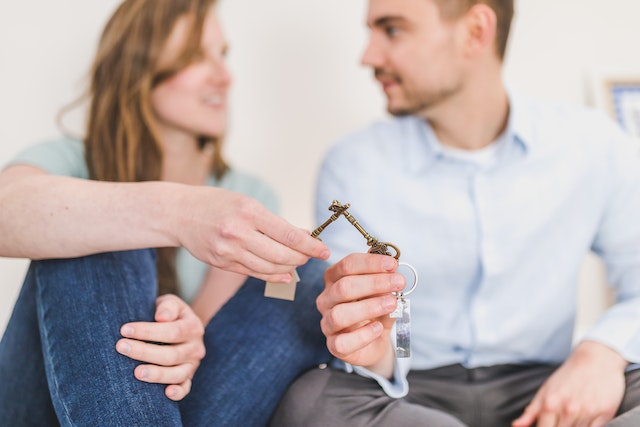 The value of new home loans fell 8.2 per cent in September as interest rates rises start to bite.

The Australian Bureau of Statistics reported the value of new loan commitments for housing fell to $25.1 billion in September after a 3.4 per cent fall in August.

“Although housing lending has fallen for four consecutive months, the value of loan commitments in September remained well above pre-pandemic levels,” the ABS’s Katherine Keenan said.

The ABS also reported the total number of dwellings approved fell 5.8 per cent in September, following a 23.1 per cent increase in August.

The fall was largely driven by a drop in approvals for private sector houses, down 7.8 per cent.

Victoria was the only state to record an increase, rising 3.4 per cent.

The value of total building approvals fell 6.9 per cent in September, following a 19.5 per cent rise in August.

On Tuesday afternoon, the Reserve Bank of Australia lifted interest rates by another 25 basis points, taking the official cash rate to 2.85 per cent.

The latest interest rate hike will add more than $114 to monthly repayments for a typical $750,000 mortgage.

Numbers crunched by Compare the Market found the cumulative 275 basis points in rate hikes since May will add about $1205 to the average 30-year $750,000 loan.

A Compare the Market survey found 50 per cent of Australians were worried they wouldn’t be able to afford rising mortgage and rental payments in the next year.

Borrowers may suffer when interest rates rise but savers enjoy a boost to the interest rate on their savings accounts if banks pass on the hikes.

Elsewhere, manufacturing conditions have stayed flat for the third month in a row as worker and supply chain shortages continue to drag business activity down.

The Australian Industry Group performance of manufacturing index showed consumer-related manufacturers performed well in October, with food and beverage sectors buoyed by a lift in orders in the lead-up to the festive season.

But industry-related manufacturing, such as metal products, had a slow month, with uncertainty in the construction sector leading to a slowdown in orders.

“Manufacturers are concerned that if economic conditions deteriorate – as this month’s federal budget forecasts – they will be unable to maintain employment and production in the face of these pressures.”

The index showed average wages falling slightly across the manufacturing sector for the month despite ongoing labour shortages.

However, wages have been trending above long-run averages for most of the year.