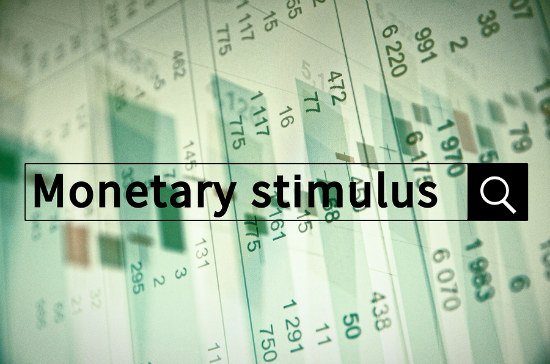 The government issued $1 billion of bonds on Wednesday. If held until they mature in 11 years they will yield just 2.1025 per cent, below the middle of the Reserve Bank’s two to three per cent target for inflation.

And it’s not just an Australian problem.

The causes are complex but boil down to two things.

The first is chronically slow economic growth, resulting to slowing growth in wages and prices.

The second is massive purchases of government bonds – so-called quantitative easing of monetary policy – to force long-term yields down and boost borrowing.

“Easy monetary conditions have been successful in limiting stress in financial markets, but not sufficient to trigger increases in desired private investment or persuade governments to launch large scale infrastructure investment programs,” Mr Lawson, a former Reserve Bank economist, said in a report on Wednesday.

His recommendation is simple.

“What the world needs is a coordinated loosening of fiscal and monetary policy amid widespread structural reforms designed to return productivity growth to historic norms,” he said.

“Economists have been recommending such action for some time but governments have yet to receive the message.”

In April, the International Monetary Fund, well known for its hard-nosed stance on policy, titled its economic outlook report “Too Slow for Too Long”.

The IMF complained that too much of the burden of supporting economic growth had fallen onto monetary policy.

And it argued that it didn’t make sense to avoid spending that would boost growth and increase productivity, especially when the cost of borrowing was so low.

“Infrastructure investment is needed across a range of countries and should be attractive in a setting of very low real interest rates,” the IMF said in April.

“Countries with fiscal space should not wait to take advantage of it.”

He argued at a briefing in Sydney this week that “helicopter money” – government spending financed by the central bank rather than borrowing from the public – could be justified to lift growth out of the doldrums.

And even Glenn Stevens, well known to be averse to wading into debates on fiscal policy, argued earlier this year for publicly financed infrastructure spending.

He even broached – albeit noncommittally – the thorny topic of helicopter money for struggling economies.

But Australia is not the only country where the fear of debts and deficits is inhibiting fiscal stimulus.

Jeremy Lawson suspects the inhibition may eventually be broken down by more economic disappointment around the world.

“We can only hope that global growth does not decelerate much further before political pressures force policymakers to listen,” he said.