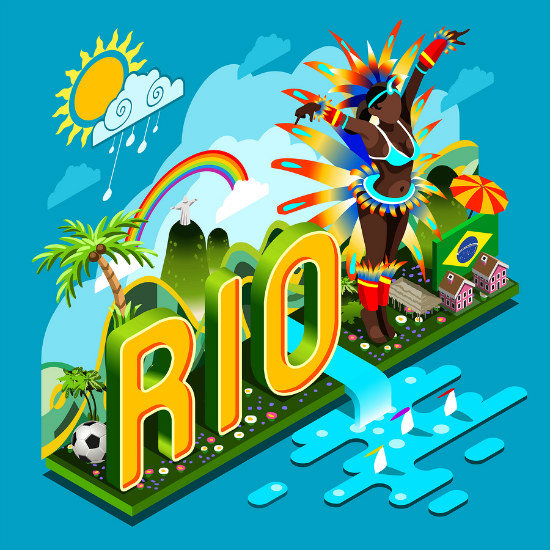 The Rio Olympics are going down to the wire with some venues and major infrastructure still being prepared weeks before athletes start arriving.

The International Olympic Committee issued a glowing statement on Monday, saying Rio is ready to welcome the world, but still has some tidying up to do before it arrives.

The velodrome and equestrian venues are still being complete, water pollution measures have just started to work and Rio’s new train line is only just about to undergo final testing, three weeks before the August 5 opening ceremony.

“Our journey is now entering its most critical phase: Operation of the Games,” Rio 2016 President Carlos Arthur Nuzman said in the statement.

“A lot of work lies ahead of us but we have plenty of energy. We will deliver great Games.”

Brazil’s economic crisis has affected progress but the IOC insisted all venues will be delivered.

“The velodrome and equestrian venues, which were being monitored closely by the organisers, are also in the final stage of preparation, and will be ready for the Games,” the IOC said.

Organisers were also confident sailors and rowers will compete in relatively clean water in Guanabara Bay and Lagoa de Freitas which have both recorded dangerous levels of pollution, including raw sewage, garbage and human remains.

Pipes have been installed to divert sewage from the sailing entry point at Marina da Gloria and nets will trap floating garbage at rowing’s lagoon.

“The new belt of pipes that has recently been put into service around the Marina da Gloria area is showing its effectiveness, with the latest readings presenting much improved water quality levels in that area,” the statement said.

Transport looms as a nightmare but the IOC says the new Metro line linking Ipanema with the Olympic precinct of Barra 30km away will be fully operational, although it is yet to take passengers.

“Trains are now running the full length of the metro line, as it enters the final stages of testing,” the IOC said.

Even as Jordan Speith became the latest top ranked golfer to withdraw from the Games because of health concerns, the IOC reiterated the World Health Organisation’s advice that the Zika risk is minimal.

And, despite major security concerns, the IOC said the force of 85,000 police and soldiers in Rio will guarantee a secure and safe Games.