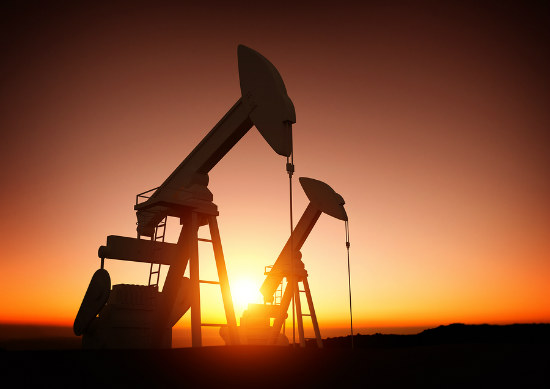 Oil prices tumbled nearly five per cent on Tuesday as investors worried that Britain’s exit from the European Union would slow the global economy, making it unlikely energy demand will grow enough to absorb a supply glut.

A flurry of data from China in coming weeks is likely to show weaker trade and investments.

Traders also cited data from market intelligence firm Genscape showing a build of 230,025 barrels at the Cushing, Oklahoma storage hub for US crude futures, during the week to July 1.

“There are risk-off trades across the board,” said David Thompson, executive vice-president at Washington-based commodities broker Powerhouse.

“Stocks, commodities, sterling are all off while US bonds and T-bills are soaring.”

Oil prices are up almost 80 per cent from 12-year lows of around $US27 for Brent and $US26 for US crude in the first quarter.

The rebound was fuelled by supply outages from Canada to Nigeria that created the perception that a two-year-old supply glut may be easing.

In Libya, where oil output has slowed to a trickle due to conflict, the National Oil Corp agreed to merge with its domestic rival, raising hopes the OPEC member could start to pump more.

A Reuters review of disclosures by the largest 30 US shale firms showed 17 increased their hedge books in the first quarter, the most at least since early 2015.

Several, including EOG Resources Inc and Devon Energy Corp, two of the biggest shale companies, secured significant protection of future earnings for the first time in at least six months.

“You have to remember that sentiment in this market is still so fragile,” said Michael Tran, director of commodity strategy at RBC Capital Markets in New York.

“Producers ended up locking in something in case we did a double dip.”