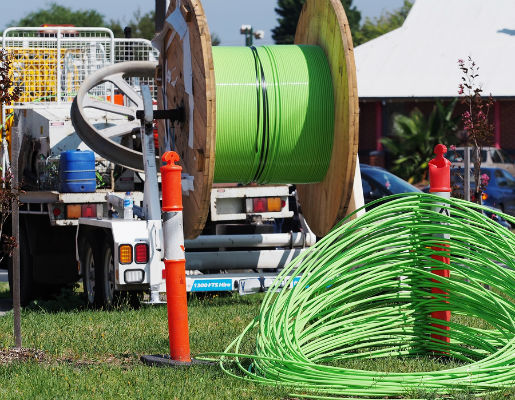 NBN Co has begun talks to find up to $26.5 billion needed to complete the rollout of the National Broadband Network, as the number of customer connections to the high-speed network more than doubled in the past year.

Chief financial officer Stephen Rue said the group is looking at funding options, including a debt raising or borrowing from the government, which has committed $29.5 billion towards the rollout’s expected final cost of between $46 billion and $56 billion.

“We are currently evaluating longer-term funding options, in order to fund the business through to the time when sufficient cash flows are generated to run the business in a self-sustaining way,” Mr Rue said on Tuesday as NBN reported its full-year results.

NBN is expected to be completed in 2020.

Mr Rue said the company was talking to various parties and that he expects to spend a lot of time reviewing options.

Chief executive Bill Morrow said it was up to the government to determine how NBN Co would raise the necessary funds.

“We’re not pressed for time on this issue, we’re not lacking any kind of confidence that they won’t be able to produce whatever the source is that they want to use to fund us,” Mr Borrow said.

The federal government previously said the remainder of NBN funding would be sourced from the private sector.

“It really is about the metropolitan areas getting connected to NBN faster over the next 18 months, that should assist in the further rollout and further funding of the business,” Mr Fadaghi told AAP.

NBN Co has forecast connections will hit 2.3 million by the end of June.

The number of premises where the NBN is available hit three million this week, up sharply from 1.2 million in 2014/15.

The company expects revenue to double to $900 million in fiscal 2017 from $421 million a year earlier, on the back of strong customer demand.

Average revenue per user rose $3 to $43 a month over the year, while annual operating expenses jumped 27 per cent to $1.4 billion.

Mr Morrow said the group was quickly ticking off its milestone targets.

“The network remains one of the most complex projects to complete and we are now underway with the task of doubling our build again in this financial year,” he said.