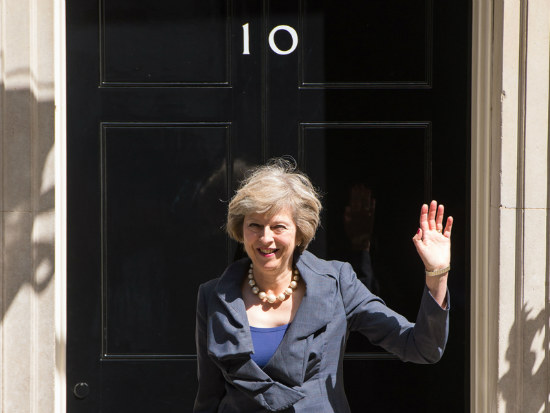 Britain will not rush to trigger divorce proceedings with the European Union, a leading ally of incoming Prime Minister Theresa May said as David Cameron bowed out at his final cabinet meeting.

May, 59, will on Wednesday replace Cameron, who is resigning after Britons rejected his advice and voted on June 23 to quit the EU, plunging the country into political and economic uncertainty.

Arriving for the brief cabinet meeting on Tuesday, she waved to reporters from the doorstep of 10 Downing Street, shortly to become her home.

She will face the enormous task of disentangling Britain from a forest of EU laws, accumulated over more than four decades, and negotiating new terms of trade while limiting potential damage to the economy.

Her ally Chris Grayling, the Leader of the House of Commons, said there was no hurry to invoke Article 50 of the EU’s Lisbon Treaty, which will formally launch the process of separation and start the clock ticking on a two-year countdown to Britain’s actual departure.

“I think Article 50 should be triggered when we’re ready.

The most important thing right now is we do what’s in our national interest,” Grayling told Sky News.

“We get ourselves ready for the negotiation, we decide what kind of relationship we want to negotiate, and then we move ahead and trigger Article 50. We’ll do it right, we’ll do it in a proper way, we’ll do it when we’re ready.”

His comments may dampen hopes among Britain’s EU partners that May’s surprisingly rapid ascent might accelerate the process of moving ahead with the split and resolving the uncertainty hanging over the entire 28-nation bloc.

Her last rival, Andrea Leadsom, dropped out of the leadership race on Monday, removing the need for a nine-week contest to decide who would be leader of the ruling Conservative Party and prime minister.

German Chancellor Angela Merkel said on Monday that Britain should clarify quickly how it wants to shape its future relationship with the EU, adding she wanted London to remain an important partner.

May, who had favoured a vote to stay in the EU, was left as the last woman standing after three leading rivals from the referendum’s winning Leave campaign self-destructed in the course of a short-lived leadership race.

She has served for the past six years as interior minister, regarded as one of the toughest jobs in government, and cultivated a reputation as a tough and competent pragmatist.

Apart from the task of leading Brexit, she must try to unite a fractured party and a nation in which many, on the evidence of the referendum, feel angry with the political elite and left behind by the forces of globalisation and economic change.

Among her first acts will be to name a new cabinet which will need to find space for some of those who campaigned successfully on the opposite side of the referendum.

That could mean significant roles for Grayling and former defence secretary Liam Fox, two Leave advocates who threw their support behind her leadership bid.

May has adopted the mantra “Brexit means Brexit”, declaring on Monday there could be no second referendum and no attempt to rejoin the EU by the back door.

“As prime minister, I will make sure that we leave the European Union,” she said.