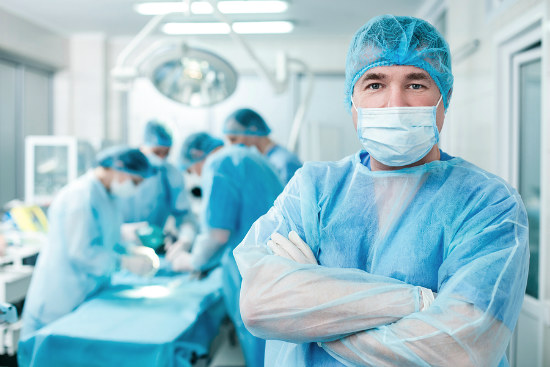 A world-first trial conducted in Australia comparing robotic surgery with open surgery for prostate cancer patients has found them to be equally effective.

There has been a lot of attention given to robotic surgery in recent years since the first robot-assisted laparoscopic prostatectomy (RALP) was reported in 2000.

RALP uses high magnification 3D camera technology that allows the surgeon to see inside the patient’s abdomen through a keyhole incision.

Many clinicians now recommend the costly method of surgery to men with prostate cancer that hasn’t spread from the organ, and the public perception is that the robot is better.

But until now the claims of better outcomes have not been objectively tested.

The first stage of the two-year randomised trial comparing robotic surgery with open surgery, conducted by Australian urologists and published in medical journal The Lancet, has shown both techniques achieved very similar results in terms of quality of life at three months.

The Queensland study compared the outcomes in 307 men with localised prostate cancer 12 weeks after surgery, all led by two surgeons at the Royal Brisbane and Women’s Hospital.

Of the 307 men, 157 were randomly assigned to either receive robot-assisted surgery or open surgery.

There was no clear advantage of one technique over the other with no difference in urinary or sexual function, according to lead author Professor Robert Frank Gardiner from the University of Queensland and Centre for Clinical Research in Brisbane.

The most common treatment for localised prostate cancer is surgery to remove the prostate gland and some men experience urinary and erectile problems following surgery.

“Our randomised trial, the first of its kind, found no statistical difference in quality of life outcomes between the two groups at 12 weeks follow-up,” he said.

Patients who underwent open surgery lost more blood, however no transfusions were required, and they spent a longer time in hospital, however both spent the same number of days off work.

Post-operative pain between the two groups was negligible 12 weeks after surgery.

Professor Mark Frydenberg, from the Urological Society of Australia and New Zealand, says robotic surgery can be an excellent option but those patients without access to the technology should not feel in any way disadvantaged or be concerned they will have an inferior outcome.

“Our view is that both robotic and open surgery are very valid treatments for prostate cancer but what is of most relevance to outcomes is the skill and experience of the surgeon,” Prof Frydenberg said.

A longer-term follow-up is now needed to fully asses the outcomes of both techniques, including survival rates.

In the meantime, the advice is to build a trusting relationship with an experienced surgeon when first diagnosed with prostate cancer.