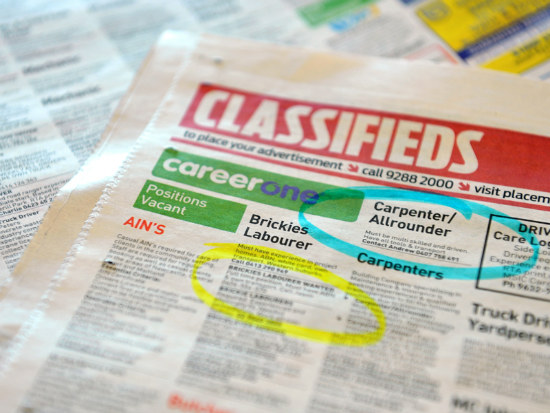 The number of job ads fell in July, but they’re expected to gradually recover in the second half of the year.

In the year to July job ads were up 6.9 per cent, figures from ANZ show.

ANZ head of Australian economics Felicity Emmett noted the majority of the dip in job ads posted occurred at the beginning of the month, just after the Brexit vote in late June and the federal election on July 2.

“This impact appears to have been short-lived, with job ads picking up over the course of July, and little sustained effect from the increase in uncertainty on business and consumer confidence,” she said in a note.

“For example, the ANZ-Roy Morgan index of consumer sentiment fell about 3.0 per cent in the weeks after Brexit and the federal election, but recouped almost all of that fall by the end of July.

“With surveyed business conditions remaining upbeat and the RBA cutting rates in August, we look for a gradual improvement in hiring intentions over the remainder of the year.”

Meanwhile the volatile newspaper ad section plummeted 12.6 per cent in July and are now 41.7 per cent lower than they were one year ago.