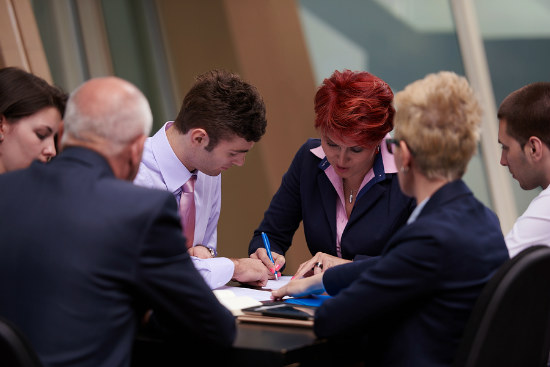 Australian investors should brace themselves for waves of financial market volatility from what is expected to be a protracted and bitter departure by Britain from the European Union.

Local companies with assets in the UK and Europe are likely to continue to cop the brunt of investor ire given the uncertainty over how and when Britain will leave the EU.

Companies including Henderson Group, Macquarie Group, BT Investment Management, Ramsay Healthcare and Lend Lease – who have billions of dollars invested in Britain – have been sharply sold off since the referendum’s outcome on Friday.

“We live in a global village and, whenever there’s volatility in the UK, the US or Europe, we are are part of that,” Morgans senior private client adviser Bill Chatterton said.

“There is increased volatility on a number of companies that have more specific exposure to the UK, but the broader market is still being affected by `what’s going to happen?'”

Volatility across the UK and Europe is likely to continue well into 2017, hurt by the arduous Brexit process, flailing pound and uncertainty ahead of key elections in Germany and France next year, Dr Sokulsky said.

“Expect there to be a number of volatility spikes over the coming months/years,” Dr Sokulsky said.

But once the initial Brexit shock wears off, the actual economic impact on the US and Australia won’t be that great, Dr Sokulsky said.

The majority of Australian companies, including the big four banks and telecom giant Telstra, are more exposed to economic issues locally, China and Asia more broadly.

“Asia is far more important to the majority of Australian companies than the country’s older relationships with the UK and Europe,” Mr Chatterton said.

“This can be expected to continue over coming months, as the process for Britain’s exit is clarified, and the impacts become clearer for the UK and its trading partners,” BCA chief executive Jennifer Westacott said.

“Global economic uncertainty in the wake of Brexit reinforces the critical importance of consistent policy settings to strengthen Australia’s competitiveness, to repair the budget and pay down debt so that we can maintain our AAA credit rating,” Ms Westacott said.

After a lengthy federal election campaign, Australians will vote on Saturday, with polls predicting the Coalition being returned to office.

The Reserve Bank of Australia’s next monthly interest rate meeting is scheduled for July 5.

Still, the recent Australian market sell-off has been good news for some companies as investors snap up gold and utility stocks, including Newcrest Mining, Evolution Mining, AngloGold Ashanti and Telstra.