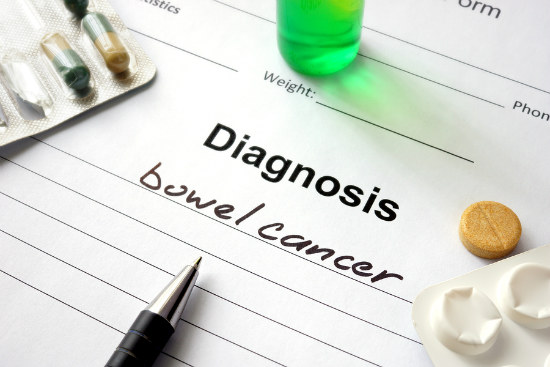 Everybody is at risk of bowel cancer, not just those with a family history of the disease, says Professor Sanchia Aranda, Cancer Council Australia CEO.

“There is a danger in overemphasising genetics. It’s important for those that have got it, but we really need to up-emphasise the idea that we are all at risk and it’s a disease we do not need to die of,” she told AAP.

A landmark study has led to calls for a fundamental shift in research into Australia’s second biggest cancer killer.

Scientists from The Institute of Cancer Research in London have examined the genes of more than 1000 bowel cancer patients who had a strong family history of the disease – the largest study of its kind.

They uncovered five new potential genes that when mutated caused bowel cancer, but only in a “very low” number of cases.

The study, published in the journal Nature Communications, also concluded that the major genes that greatly increase the risk of bowel cancer have now “almost certainly been found”, of which there are 12 – including the newly discovered five.

It was found these known bowel cancer genes accounted for less than a third of familial cases of bowel cancer.

The rest were caused largely by minor DNA variations.

What this research shows is that the biggest important thing about getting bowel cancer is being human and ageing, says Prof Aranda.

She wants to see a shift in research to understand these small DNA variations in order to reduce the prevalence of the disease in Australia.

“We’re fairly confident we have found all the important genes and they don’t explain very much,” Prof Aranda told AAP.

Colorectal cancer – or bowel cancer – is the third most common type of newly diagnosed cancer in Australia.

It is this overemphasis on genetics that could be blamed for the “unbelievably low” participation rates in the national bowel screening program, which is not even at 40 per cent, says Prof Aranda.

“The fantastic thing about the bowel screening program is that not only does it detect cancers earlier when curable, but it actually identifies polyps – which if you remove them – you prevent cancer occurring in the first place.”