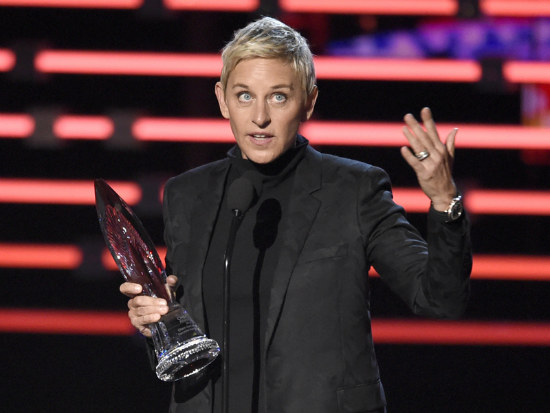 Ellen DeGeneres is backing a bid to save Australia’s Great Barrier Reef.

The US talkshow titan says it’s critical the reef is protected, in a video posted on Disney’s website.

Her call coincides with the release of the Finding Nemo sequel, Finding Dory, in which DeGeneres voices the forgetful blue reef fish, Dory, a character inspired by the reef.

“Hi Australia, it’s me, Ellen DeGeneres,” she says in the video.

“As you may know, I’m a big fan of your beautiful, great, wonderful Great Barrier Reef, which is home to my favourite fish, Dory.

“And as you may remember – but Dory probably doesn’t – she’s a blue tang and has many other amazing species that live in the reef with her.

“It’s critical that we protect this amazing place, and we’d like your help.

The call is part of a wider Disney campaign, Remember The Reef.

“Not only is it beautiful, it is home to the most diverse range of plants and animals like Regal Blue Tangs (Dory), Clownfish (Nemo and Marlin), green sea turtles and so much more,” Disney says on its website.”

Disney says raising awareness of the reef’s decline will ensure its beauty and diversity lives on for future generations.

“The Great Barrier Reef is one of the seven natural wonders of the world,” it says.

“It stretches 2,300 kilometres down the eastern coast of Australia, covering an area the size of Italy.

“Like many coral reefs worldwide, the Great Barrier Reef is under threat from bleaching, storm damage, poor water quality and climate change.”

Disney called for donations to non-profit organisation Greenfleet to restore ecosystems along the Queensland coast.