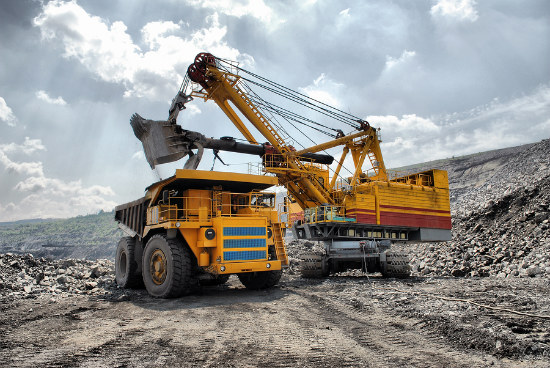 BHP Billiton hopes to lift iron ore production in Western Australia this financial year after narrowly missing its target for 2015/16, following the Samarco mine disaster in Brazil and the impact of bad weather.

The resources giant is also targeting higher copper and coal output and will accelerate conventional oil exploration, as it looks to boost performance on the back of a rebound in iron ore and crude prices, plus continuing efforts to reduce costs.

“Over the next 12 months, we expect volumes and costs across our minerals businesses to benefit from our continued drive to safely improve productivity,” chief executive Andrew Mackenzie said.

“We can create significant value through further cost reductions, taking advantage of latent capacity in our assets and investing in low-capital projects.”

BHP in February posted a $US5.67 billion half year loss amid a collapse in commodity prices that prompted it to slash shareholder dividends and sharply write down the value of its US shale assets. It will detail its full year earnings in August.

On Wednesday it reported full year iron ore production of 227 million tonnes, below its guidance of 229 million tonnes. However, it exceeded its forecast for petroleum, copper and metallurgical coal.

BHP has flagged a slight improvement, with iron ore production expected in a range of 228-237 million tonnes in 2016/17. It also expects to increase copper production by five per cent and metallurgical coal production by three per cent.

“The production results saw three out of five divisions beat estimates and point to a positive revenue impact,” Morgan Stanley analysts said in a note.

“FY17 guidance is slightly better than our estimates and costs are expected to continue improving.”

BHP said it expects to write off up to $US175 million ($A233 million) against its full year profit because of job cuts across the organisation and impairments in its coal business. It will also take a global taxation matters-related charge of between $US150 million and $US200 million.

The miner also said it is not yet in a position to assess the financial impact of last November’s fatal Samarco mine disaster, which killed at least 19 people and polluted a major river valley in Brazil.

A $US2.3 billion rehabilitation agreement struck by BHP and its Samarco joint venture partner Vale with government authorities is under a cloud after a Brazilian court in July agreed to reinstate a rival civil claim of $US6.2 billion.

BHP’s petroleum production fell six per cent during the year to 240 million barrels of oil equivalent (mmboe), reflecting lower drilling activity in its US business. Despite its shifting focus to conventional oil, the company has forecast a fall in production to between 200 mmboe and 210 mmboe in 2016/17.

Copper production in the 12 months ended June fell eight per cent to 1.58 million tonnes, but was ahead of its target of 1.5 million tonnes, helped by a jump at the Olympic Dam operations in South Australia.