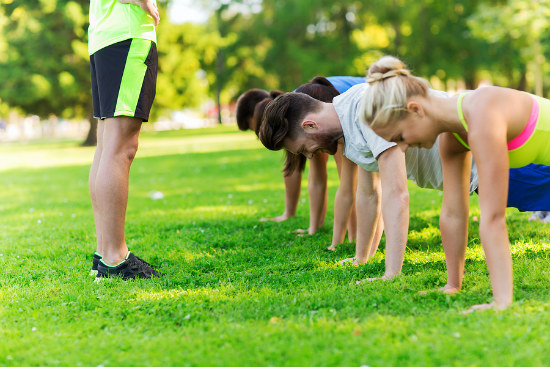 Two years after the ice bucket challenge took social media by storm, videos of people putting their bodies to the limit for a good cause are again exploding across Facebook.

Thousands of people are signing up to film themselves doing 22 push ups for 22 days in a row to raise awareness of veteran suicides.

The challenge started in the United States, where 22 veterans commit suicide every day, and has now spread to Australia.

Aussie challengers are trying to draw attention to a statistic that illustrates the problem at home – 239 returned and serving soldiers took their lives between 1999 and 2015, according to unofficial figures collected by a network of servicemen and women.

Veterans’ charity Walking Wounded operational manager Malcolm Cockburn said he would like to see Aussies break away from the American statistics.

He’d like to see Aussies do 10 extra push ups to draw awareness of the 32 known suicides of Australian servicemen and women so far this year.

“The challenge itself is a good awareness program but it would be good to see it highlighting Australian figures,” Mr Cockburn told AAP.

Barnie Fraser is one of the hundreds of Australians taking up the challenge after being nominated by an ex-Army friend.

“PTSD is quite serious and it needs to be acknowledged more so than it already is,” he told AAP.

Readers seeking support and information about suicide prevention can contact Lifeline on 13 11 14.