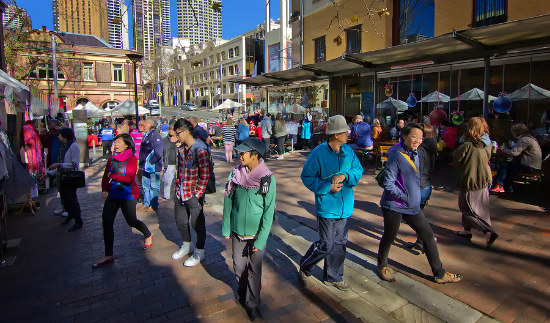 Asian tourists’ demand for expensive watches and designer clothing has been driving Australia’s luxury retail industry, which is expected to reach $1.8 billion in revenue this year.

A report by market researcher IBISWorld says it expects revenue for the luxury retail sector to have grown on average 11 per cent a year over the five years to the end of 2016/17.

Tourists, mainly from China, account for about 30 per cent of the industry’s growth, partly due to a weaker Australian dollar, the IBISWorld report says.

And, if the local currency continues to depreciate, it’s likely more Asian tourists will buy luxury goods because of their relatively cheapness here, it says.

More than one million Chinese tourists visit the country every year and collectively spend more than $8 billion during their stay, Tourism Australia data show, the report says.

“This expenditure has boosted demand for luxury goods, and contributed to the industry’s strong growth,” the report said.

But, the report also warned that the growing popularity of foreign online luxury retailers, such as Net-A-Porter, are a threat to luxury retailers in Australia, lsuch as Louis Vuitton and Prada.